When fiat and decrees work no more for sovereigns 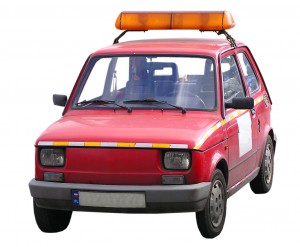 A sovereign has three means to finance its operations: direct taxation, debt, and inflation (i.e. indirect taxation). The first two are rather transparent ways to compel revenues from citizens. Inflation is the most hidden and has many benefits including the easement of public debt burden and providing new funds to sources close to the government and it’s franchisee – the banking sector.

The demand for a sovereign fiat currency is not market driven. It is coerced into existence by declaring it as a legal tender. This creates artificial demand and encourages that there is a minimum velocity and liquidity for the currency. Subjects and businesses are free to exchange and trade among themselves with any commodity or currency they please but government debt (e.g. taxes) they need to settle with the issuer’s legal tender.

A unit of account is one of the most important roles of any currency. Having too many different currencies in one’s daily life makes things too complicated. Hence, legal tender is usually the preferred common nominator in transactions. Yet, there are cases when individuals have very little or no trust to the issuer of the fiat currency. Amok inflation and flee from the currency ensues. Argentina is a recent example of this.

To this day people have had very little practical choices for alternative media of exchange. Gold and silver have served this purpose for millennia. Often, they are also among the first measures governments impose restrictions and ban in order to protect the legal tender in duress. Geographical boarders impose natural monopoly rights to the fiat issuer. In some cases, a foreign currency is used widely as an alternative medium of exchange – for example US Dollar in Cuba and Russia, and many third world countries. Other fiat currencies in a sovereign can be sanctioned illegal like gold and silver. The effectiveness of such a decree is questionable at best.

For the first time, crypocurrencies have changed this rather static state of affairs. Potentially, tipping it to the favour of ordinary citizens. Gresham’s law in highly simplified terms states that the bad money drives out the good money. This happens when the bad money is supported by an unfair advantage such as government coercion and decree. In a free market the reverse happens – the good diminishes the use of the bad provided that there are no artificial rigid couplings between the two.

Globalisation with decentralised and distributed nature of Internet era currencies provide paradigm-changing disruptions to the status quo. Central authority and top-down decree based control systems are harder to defend. Bits and bytes do not obey geographical and political boundaries  – for they are in essence artificial in nature. If a transaction is not routed via authority’s centralised gatekeeper it has limited means to control it. It has been rendered as an obsolete middleman between the trade parties. Why use a slow and expensive international banking network if you can send and receive payments in a matter of seconds – anywhere and with anybody around the globe at any time, day or night?

Governments can regulate and control gateways where cryptocurrencies are converted from and to fiat currencies. They can even try to ban conversion to digital currencies from fiat exchanges. This results the same as with any act to protect a geographical monopoly. The action simply moves outside of the government’s jurisdiction and isolates its individuals from the innovation and services that the rest of the globe are benefiting. The ban may not even prevent users from accessing the services like the recent Turkey’s unsuccessful Twitter ban demonstrated.

For the sake of argument, let’s assume that cryptocurrencies have a large worldwide user base and this provides them sufficiently large demand to support a few of them as a unit of account and store of value. This results that the conversion to fiat currencies are less frequently required. After all, mobile is the new payment platform and your natural Internet era wallet even for real-life transactions.

Cryptocurrencies have properties that make them native to the digital environment. For example, they allow micropayments and divisibility to 8 digits after the comma (e.g. Bitcoin). In other words, payments catch up with the rest of the sectors that are already connecting in real-time and globally. Emails, instant messaging and Skype are just examples of the instant peer power individual users have. Connecting some 7 billion mobile phone users to the global economy is no small feat. It’s a self-enforcing power that is hard to curtail once it is in motion. The possibilities are enormous.

Who wants to use only faxes and letters after emails, skypes and instant messages? Nobody. How about waiting for your money transactions for days and paying 3-30 per cent as service fees? The answer is the same as with CDs in the mp3 era. Turning the clock back is not an option. It just takes a little time to get used to the new possibilities. Yet, we would be very uncomfortable living in the 80’s without iPads, Internet and the rest of our daily aids.

This is big news to the sovereigns. David Andolfatto from the Federal Reserve Bank of St. Louis has already stated that “the threat of entry into the money and payments system […] forces traditional institutions to adapt or die.” National currencies do not possess natural features that appeal to users if you remove the magical properties of a fiat decree. A currency is only as good as it is used as a medium of exchange. Its value is proportional to the people’s expectations of its usefulness as a medium of exchange in the future. If the velocity and liquidity are vanishing due to alternative options the currency withers away.

What is your national currency worth if you only use it to pay your taxes and exchange into it just to deal with your obligations as a citizen a few times a year when dealing with the government? And the rest of the time you’re transacting with some other medium of exchange. This is what the democratisation of money by the cryptocurrencies offer. A full-circle back to the market based currencies where it all began thousands of years ago as Ludwig von Mises with his regression theorem has demonstrated. Money as its origin was first private – and the best alternatives with the most suitable properties were selected and voluntarily used by people. Governments entered the game later – and for their benefit.

And what are the consequences of all this to the sovereigns? Well, it’s better to leave that for another discussion. To be continued.