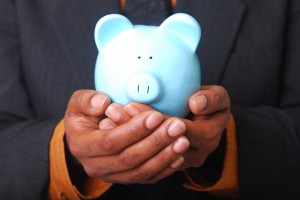 The idea of cryptocurrencies is here to stay. We cannot sweep it under the rug and pretend that nothing has happened. Internet started the same way. First, it was a brand new world with unlimited possibilities and decentralisation of power to the masses.

Cryptocurrencies are the ideal media of exchange for the digital age. They have properties and qualities custom made for the digitalised word. It’s hard to imagine how a credit card bound operator can re-emerge and compete directly with the new entrants. Chargebacks, pull-transactions and legacy infrastructure create friction, costs and technical challenges (e.g. micro-payments in the amounts less than cents).

However, Bitcoin technology is not optimal either. Bitcoin transactions take a long time to get confirmed, even though the actual transaction happens in seconds. Depending on the level of confidence required a confirmation could take an hour or so. This is a far cry from the speed of electrons and circuit boards. Also, current credit card systems can handle over 10 000 transaction per second. For Bitcoin, it’s mere 7 per second.

Even now, we have large islands of bitcoin users that are occasionally dipping their toes in the public ledger side of the network (on-chain). However, most of the time user transactions happen between users within a service provider (off-chain) or between two or more larger providers.

This is a similar situation what happened in the early days of email. For example, Compuserve customers emailed between each other. Later, a new protocol called SMTP standardised the way emails were exchanged with any third party, and the rest is history.

Technology itself is seldom an issue. Human ingenuity finds ways around problems. Yet, technology tends to concentrate power.  Also, good enough with a twist of chance may lock choices to the less optimal level – evolution at work. A way around Bitcoin’s transaction issues is very obvious. It follows the same routes as the current banking system: centralisation.

Bitcoin can provide the highway for large transaction deliveries where a confirmation time of an hour is no issue. It’s just a slightly better version of the current banking systems (e.g. Real-Time Gross Settlement) or physical settlement of tangible assets such as gold. The real volume whether in high-frequency trading (HFT), currency exchange, merchant services, or transactions between users will most likely happen within and between off-chain providers. This is something very natural and convenient.

It’s against the high principals of decentralisation and libertarian ideas of the Bitcoin technology but world seldom is black and white. Without easy-to-use services there are no users. Often times VHS is good enough, even though Betamax looks better on paper.

Current situation will not last forever. Incumbent players in the banking sector, mobile operators, money exchangers and transmitters will start to take advantage of the benefits cryptocurrencies provide. Large enough costs savings and staying competitive offer the incentives. They already have the customers and Bitcoin is just another set of features and offerings in their repertoire.

Who are the new giants of the cryptocurrency era?

Every disruptive technology provides a window of opportunity to create new large players that eventually become incumbents themselves. In the currency side of the public ledger technology currency exchanges such as Coinbase are in a very central role. They connect buyers and sellers, provide wallet services to users and tools for merchants. Most of the action happens in exchanges today.

Exchange business is also the hottest position in the market. It’s a furnace where most of the regulatory pressure, uncertainty, fraud and virtual attacks focus. Risks are higher but so are rewards. The network effect for user adoption is easier to create if you have a critical mass and existing client relationship. Who can resists an invite to join if there is already money waiting from your friend or sales to be closed?

An exchange can easily extend its tentacles to ever larger areas and reach of the Bitcoin era. Connecting to other exchanges directly and providing instant transaction confirmations is just a first step. Providing a genuine user-to-user service experience is a very attractive customer proposition. An alliance with mobile operators will enable access to a large pool of mobile users even without a smart phone.

Embedded wallet functionalities are coming to your favourite social media services such as Facebook, Twitter, Skype, and even your email. Sending money will become as easy and convenient as instant messaging or talking to your contacts. Just select the person, type the amount, and off the money goes.

Who’s going to be the vertical integrator connecting digital currency users to each other? That’s the trillion dollar question. Full-stack companies are currently trending.

Mikko Revonniemi talks about the founding and the early years of Four Sigmatic, his burnout and the measures it took to overcome it. He also shares his insights from e-commerce marketing and how to get leads to your DTC startup.

Mikko Revonniemi is a purpose-driven entrepreneur passionate about creating solutions for people to optimize their health and well-being on physical, mental, and spiritual levels. He is a co-founder at Four Sigmatic, a company focusing on medicinal mushrooms, and Taimi, which aims to solve nutrition-related diseases with personalized nutrition and data. He is an ex-trail runner and over-achiever whose new interest, after a long burnout, is in meaning and balance in all aspects of life. How to price your product in the early stages?