Instant and cheap forex is here 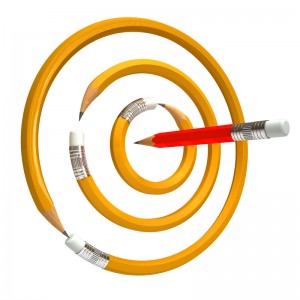 Cryptocurrencies are here to stay. We are in the early days like Internet in 1994. Yet, the ideas and concepts are opening new vistas to many fields and industries. Former Goldman Sachs partner recently commented that all the smartest guys in the room have all turned their attention to Bitcoin.

Venture capital luminaries such as Marc Andreessen (co-author of the first widely used browser Mosaic) and Fred Wilson of Union Square Ventures are bullish on the Bitcoin technology in general. Wall Street grade trading platforms are introduced this year. Bloomberg service already quotes the Bitcoin price to its 320 000 subscribers.

In the banking field, the first bank has adopted virtual currency technology (Ripple) to its interbank and intra-bank operations overseas. This enables fund transfers with significant cost savings and faster delivery times.

For example, a regular international money wire from euros to dollars between a German and U.S. bank will take two central banks, two intermediary exchange trading banks and one to five days to complete. All the links incur fees and add to the transaction cost.

Cryptocurrencies are not without their own issues. Current bitcoin trading volumes are still low and the price is volatile. Price changes are something that are in the inherent nature by design for some of the cryptocurrencies, such as Bitcoin. If you have a fixed money supply, unlike in the fiat currencies, something must give and it is the price. A large daily volume will even out fluctuations but they will always be present. Volatility vs. flexible money supply is one component of balancing the the impossible trinity (money supply, currency rate and counterparty risk) when launching a new currency. The fairly stable currency rates we experience in the fiat currencies force fluctuations in money supply that eventually create the booms and busts.

Nobel prize winner F.A. Hayek noted that we have always had bad money because private enterprise was not permitted to give us a better one. Now we have an opportunity to disrupt financial industry by innovation and better services. Millennials are already considering banking at the highest risk of disruption. 71% of the surveyed would rather go to the dentist than listen to what banks are saying. Your future bank is not in the high street – it’s in your pocket.

How to avoid getting scammed or avoiding bad actors that are really convincing and highly recommended by others?