Cryptocurrencies and the rise of locality 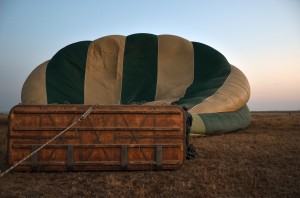 The previous post argued that we have now a real possibility to democratize the sphere of money and bring it back to its origin as a means to serve the people.

A currency becoming redundant can happen at least two ways. Either it is no more used widely and it’s rendered obsolete or it self-destructs by actions that wither the trust people had for it as a stable medium of value and exchange (e.g. inflation).

Historically central banks have misused their privileged position they have been entrusted by the people. They state as their purpose to protect the value of their paper currency. Since the establishment of the Federal Reserve in 1913 the US Dollar has lost over 95% of its value. Or to put it another way around:  for each dollar in 1913 value terms you need 23 dollars today.

A product in the private market is clearly not working properly if it fails to perform in its core function. Similarly, fiat currencies are not stable store of value in the long run. They have a tendency to collapse – all paper money systems have failed in the past. It is just a matter of time.

The reason for this is very simple. Politicians are afraid of using direct taxation as a means to finance government’s expenses. Public debt and inflation are less flammable ways to extract wealth from citizens to cover public liabilities. And when the public debt becomes a burden the inflation becomes the only de facto game in town. It is just a matter of pace how quickly the wealth is redistributed from people’s savings and income.

A genuine diligence is introduced to the public expenditure if a government is stripped from its special privileges of fiat money creation at will. Suddenly, it acts like any other market participant in respect to money. A currency becomes something that needs to be earned for – it has to be acquired either via taxation or traded for by providing something valuable in exchange. In public matters, taxation is usually the only real choice, and taking debt is just deferred taxation.

If you increase the public debt without the means to print money in your debt denominated currency the government becomes like a city or municipality. If they overspend beyond their means they can actually become insolvent. Some US cities have faced this destiny. The threat of insolvency may curtail some political extravagance.

Nevertheless, nation states may face a serious risk in the future. They might need to start to land from the stratosphere and act like regular people and businesses: live by their means. Balance your expenditures with actual revenues.  Continuous deficit running and indebting may not last as long as today. Mr. Market can rate public debt as junk, too. Some buyers prefer high risk but the flip side of the coin is higher margins. And higher debt interest rates mean higher taxes. And higher taxes do not get you elected but in Finland.

Globalisation puts nation states in direct competition with each other. If you don’t provide good value for money in respect to public services, legislation, business environment and other enablers competent people, goods, capital and services move elsewhere. Become too inefficient and bloated running public goods and the tax rates signal the uncompetitiveness. A large debt burden diminishes options and restricts taxpayers in the future.

As stated in the earlier post if cryptocurrencies become the actual preferred choice of many consumers in large enough scale nation states find themselves in a position where they need to defend their special paper money privileges. Earlier this was easy when no real alternatives were available. Also, the defect product suffices when direct comparisons are not around – like Trabant was good enough as long as you did not see the western alternatives.

The role of central governments has increased over the last century mainly thanks to government’s inventive ways to extract wealth from the citizens. Subsidiarity may very well be the new trend in public affairs in the 21st century. It will not happen automatically but by inevitability.

Cryptocurrencies have the potential to become a catalyst for this change. Consequently, this would only mean that politics would follow in line the other sectors that are been transformed by new technological innovations and disruptive change in the digital era. Locality, local authorities and global digital reach level the playing field, and may become the driving force in public life.